HelpSign In
Turn on suggestions
Auto-suggest helps you quickly narrow down your search results by suggesting possible matches as you type.
Showing results for
Search instead for
Did you mean:

Canva founders to give $16.5b fortune away

The married couple behind Canva are worth $16.5 billion after the visual communication platform hit a $55 billion valuation on Wednesday, but Melanie Perkins and Cliff Obrecht plan to give almost all of it away.

Canva, which employs 1200 people in Sydney’s Surry Hills and 800 more around the world, hit a $US40 billion ($55 billion) valuation, on par with iron ore giant Fortescue, after it raised $US200 million from selling new shares to investors.

As flagged by The Australian Financial Review’s Street Talk column in July, the raise – led by T. Rowe Price and joined by returning local investors Blackbird Ventures and AirTree Ventures among others – is more than double the $20 billion valuation which Canva announced after a $71 million equity sale in April.

Perkins and Obrecht, who married earlier this year after COVID-19 scuttled planned 2020 nuptials, revealed they continue to own 30 per cent of Canva – a paper wealth of $16.5 billion which would place them seventh on the Financial Review Rich List were it to be published today.

However, the couple have pledged to give the “vast majority” of their wealth away, starting with a $10 million southern African pilot program in partnership with GiveDirectly, in which cash will go straight to impoverished people in the form of mobile phone SIM cards.

“It has felt strange when people refer to us as ‘billionaires’ as it has never felt like our money, we’ve always felt that we’re purely custodians of it,” Perkins said.

“We have this wildly optimistic belief that there is enough money, goodwill, and good intentions in the world to solve most of the world’s problems, and we want to spend our lifetime working towards that.”

At a virtual press conference on Wednesday, Perkins explained why she and Obrecht would not wait until they cashed out on an exit from Canva to start giving.

“We believe Step 1 – that is, the creation of value by our team and community at Canva – fuels Step 2, which is doing good in the world,” she said.

Canva is already part of the ‘1% Pledge’ in which businesses commit a fraction of their profits and time to charitable causes, and Perkins said the “pride and motivation” she had seen it foster among staff and customers created a virtuous circle.

Obrecht also confirmed that a cash-out through a listing was not on the horizon.

He revealed that Canva had not spent any of the capital it had raised since 2015 – so did not need to go to the public markets for more – and had also been able to create liquidity events for early investors and staff, by swapping shares off-market to new investors.

Obrecht foreshadowed that Canva – which has made six acquisitions – would soon begin drawing down on its war chest to fuel growth, revealing that 1000 people had been hired in the past 12 months.

“We’re only 1 per cent of the way there,” Perkins said.

While the latest raise is all new shares, the $71 million raising in April was the latest of several liquidity opportunities the firm has provided, which in future will also allow Perkins and Obrecht to gradually draw down to fund their philanthropy.

Perkins said the couple caught the giving bug on a trip to India several years ago, when they met a man “working as hard as he possibly could”, yet who earned only 30 rupees a day – less than $1 – and was homeless, sleeping in a computer cafe.

“Even without Canva, just if I was in a normal job, I’d earn many times that,” she said. “We wanted to use our privileged opportunity to help others like him.”

Canva now claims to have over 60 million monthly active users, up from 55 million at its last raise, and said it was on track to exceed $US1 billion in annualised revenue by the end of 2021. The company has been cashflow positive since 2017.

It claimed there are now more than 500,000 paying teams subscribed to Canva, including from companies like American Airlines, Zoom, SkyScanner, Intel, Salesforce, PayPal, Live Nation and Marriott International.

“Visual communication has emerged as a universal need for teams of every size across almost every industry,” said Perkins, whom with Obrecht launched the start-up in her mother’s Perth living room in 2012.

“People are now using Canva for everything from launching startups to raising awareness for nonprofits, supporting remote learning, collaborating in distributed teams, and managing global enterprise brands at scale.”

Canva said its community had now created more than 7 billion designs since launch, claiming 120 new designs are created every second using Canva’s library of over 800,000 templates and over 100 million design ingredients including photos, videos, stickers, audio tracks, and illustrations.

Over 2 million orders have been received for its printing service, which sends customers their designs on T-shirts, coffee mugs and the like.

Canva is however technically an American company, switching its domicile to Delaware as serious venture capital began flooding in some years ago.

This latest raise will elevate Canva’s founders, who live in Australia and are citizens, further up the Financial Review Rich List.

It is understood that the founding share held by Perkins and Obrecht, alongside that of technical co-founder Cameron Adams, plus a roughly 5 to 10 per cent allocation for an all-employee share scheme, together represents around half of Canva’s equity.

Canva’s success has delivered huge returns to its early Australian backers, some of which Blackbird Ventures has already liquidated in a $100 million return to its limited partners in late 2019.

One of those Blackbird investors, Rayn Ong, put the enormity of Canva’s achievement in context on Wednesday morning.

“I have made over 100 direct angel investments,” he tweeted. “But my indirect investment in Canva is now worth more than everything else combined.”

One follower asked Ong why, after at least fourteen rounds of fundraising, Canva continues to seek capital it doesn’t desperately need.

“When the demand is way greater than the supply, why not?” Ong replied.

Canva founders to give $16.5b fortune away 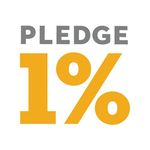 Calling ALL Pledge 1% members with UNDER 100 Employees!