HelpSign In
Turn on suggestions
Auto-suggest helps you quickly narrow down your search results by suggesting possible matches as you type.
Showing results for
Search instead for
Did you mean:

Initiative delivered a design for the Philippines that costs less than US$300 and can retrofit a home with no foundation so it is more resilient in earthquakes and typhoons.

When we joined the Pledge-1% movement in May 2020 (see press release HERE), we were uncertain of the potential impact that a small consultancy could have.  And given that we were only making a Product Commitment, excluding profit, equity and staff time, there was even more guesswork about what results were possible – especially during a global pandemic.

Perhaps you are in a similar situation.  You don’t know if it is worth the management effort to join the Pledge-1% movement because it might end up being a waste of time.  Please continue reading because my story demonstrates that company size is not necessarily related to the good that can be accomplished as a result of taking the Pledge.

My company, SeaFreight Labs (www.seafreightlabs.com), is a consultancy offering crowd-solving services to the global seafreight community.  The start of the pandemic led to a drop in business activity so we used our Pledge-1% commitment as the motivation to reach out to Habitat for Humanity and offer our services to them to help them solve some important unsolved problems.  After a few months to put the program together, we announced our partnership and launched the first of four open-innovation challenges for the Habitat affiliate - in the Philippines.  It has since been followed by similar efforts in India, Kenya and Mexico.

Many people in the Philippines often build their homes incrementally, putting up a wall as they get funds and then stopping until they can afford to continue.  In this situation, they often do not build a foundation to the home.  The problem with this strategy is not evident until an earthquake or typhoon hits the home, often leading to significant damage or total destruction.  Habitat for Humanity was looking for a solution that could be retrofitted on one of the existing 1.6 million homes of this type in the Philippines that would cost less than US$300 and be proven to significantly improve the home’s resilience.  This problem became the first initiative in our Pledge-1% effort (see problem statement HERE).

Over the next 10 months, we engaged with 278 potential solvers from over 33 countries.  These innovators submitted 81 proposed solutions which our team of judges eventually winnowed down to three finalists.  Habitat constructed three partial homes and tested each against simulated earthquake and typhoon forces before selecting a winner in late September of this year.  We announced the winner at a virtual awards ceremony last week (see agenda HERE).

At the end of this process, I am amazed to see what our Pledge-1% decision in the early days of the pandemic has led to.  My small organization was able to catalyze efforts from individuals and organizations from around the world to work on a long-standing problem that affects millions in the Philippines and more in other parts of the world.  Even if you can’t see how it will play out in the future, I am certain that a decision to take the 1% Pledge has the potential to drive positive change in whatever issue becomes your area of focus.  Don’t procrastinate!  Join us in the Pledge-1% movement and help to make the world a better place. 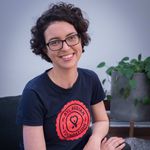 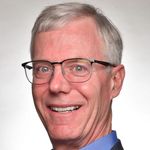 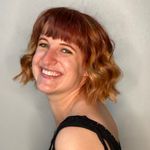